The proportion of pupils who have ever had an alcoholic drink continues to fall, but there has been an increase in the proportion of 13-year-olds who reported being drunk in the past week.

That is the headline finding from the new Scottish Schools Adolescent Lifestyle and Substance Use Survey (SALSUS), which also found that in 2015, 28% of 13-year-old pupils (28%) and two-thirds (66%) of 15-year-olds in Scotland had consumed alcohol at least once.

Less than half of 13-year-olds (45%) who had ever had alcohol had been drunk at least once, rising to around two-thirds of Scottish schoolchildren (68%) by the time they had reached 15 years of age. 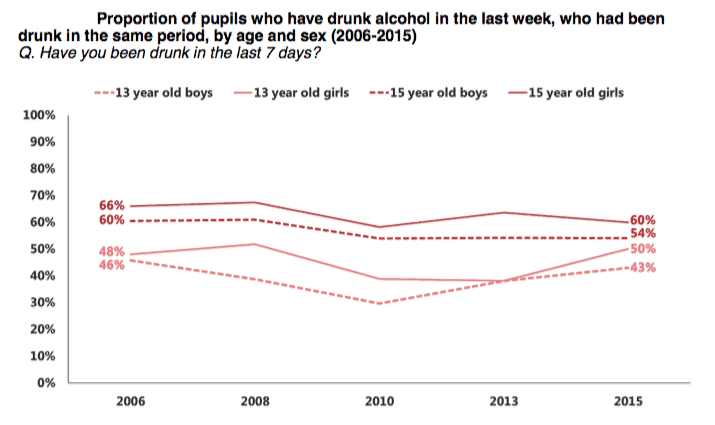 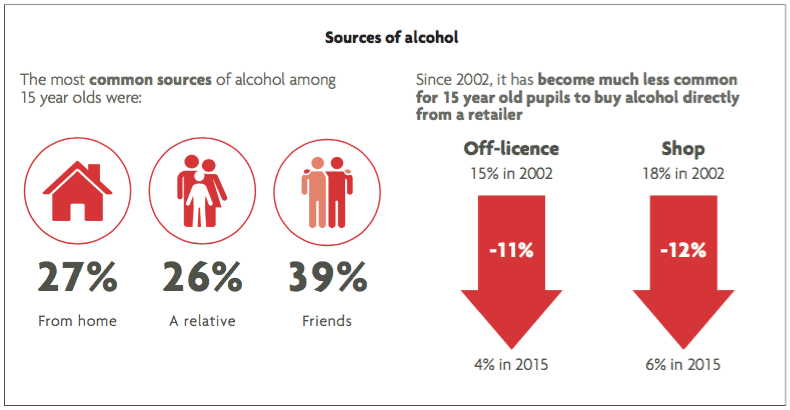 The survey also revealed that pupils were most likely to get alcohol from their home, a friend, or a relative. Direct purchase of alcohol from a business was rare; the majority of pupils who had ever consumed alcohol, never tried to buy it from either a ‘shop, supermarket, or off-licence’, or a ‘pub, bar or club’ (pictured, below right).