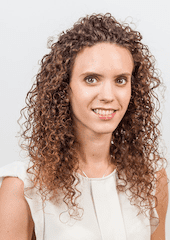 Governments across the developed world are, rightly, concerned about the social costs of alcohol consumption. Problem drinking raises the risk of many diseases, increasing the pressures on public healthcare systems, and is linked to violent behaviour. Taxation can correct for this socially suboptimal level of alcohol consumption. Ideally, we would increase the price faced by each consumer by the size of the social costs associated with their marginal drink (think the final tipple of a session), which would give them an incentive to take these costs into account. When everyone generates the same social costs, this is relatively straightforward to do.

In a recent paper, we show that if the social costs of drinking vary across people, then the government can improve outcomes by varying tax rates across the ethanol in different alcohol products. Although it is infeasible for the government to set rates that are consumer specific, it can vary the tax that different people are charged on the ethanol they buy by varying the taxes on products preferred by different groups.

To see how this works, consider a very simple example in which there are two types of consumer – heavy drinkers and light drinkers – and two products – vodka and sherry. Heavy drinkers have a high social cost associated with their alcohol consumption and drink only vodka. Light drinkers have a zero social cost associated with their drinking and drink only sherry. Ideally both types would face a tax equal to the social cost associated with their marginal drink. If the government can only set a single tax rate, the optimal single rate, applied to both vodka and sherry, is equal to the average social cost across the two types of drinker. However, we can do better than this by setting a relatively high tax rate on vodka, and a zero tax rate on sherry: this targets the problematic alcohol consumption of the heavy drinkers, while leaving unaffected the alcohol consumption of the lightest drinkers. We show that this intuition applies more generally when there are many different alcohol products bought by different types of consumer.

We analyse a representative sample of British households’ off-trade alcohol purchases to determine the optimal structure of alcohol taxes. Heavy drinkers buy a different mix of products to lighter drinkers. For instance, heavy drinkers prefer stronger alcohol products (those with higher ABV). In part, this is due to the fact that heavy drinkers get a relatively high share of their ethanol from spirits and less from cider and beer, but also because they prefer stronger products within each of these broad segments of the market.

We also show that heavier drinkers respond differently to price changes, compared with lighter drinkers. Following an increase in the price of an alcohol product, the heaviest drinkers are more than three times as likely to switch to another alcohol product, rather than to not buying alcohol at all, than the lightest drinking households.

We measure the impact of reforming the tax system on consumer welfare by adding up the change in the social costs, revenue it raises and the economic burden on consumers (due to higher prices). The variation in preferences for different products and price responsiveness across heavy and light drinkers provide scope to improve consumer welfare by setting different tax rates across products. By setting higher taxes on high-strength spirits, and bringing the taxes on cider in line with those on beer, the government can reduce the gap in consumer welfare  between the current UK system and the hypothetical ideal system (which would be achieved by setting consumer specific tax rates) by around half.

Written by Rachel Griffith, Martin O’Connell and Kate Smith (pictured), from The Institute for Fiscal Studies.