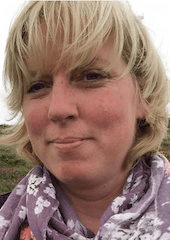 A recent study published in the British Medical Journal Open shows that there is a need for more research on the effects of alcohol on pregnancy. On this we all agree. We all want healthy pregnancies and advice that maximizes the healthiest prospects for mum and child. As mother to an adopted child with Foetal Alcohol Syndrome, I encourage everyone to look more closely at what the study said before they start planning baby showers at the local.

Researchers in Bristol looked at 26 studies and concluded that drinking up to four units a week while pregnant, on average, was associated with an 8% higher risk of having a small baby.” (For those counting, a large glass of 13% wine is nearly four units, though people are inconsistent in judging and some pour five units in a glass – so we are talking about a glass of wine a week.) They also said there is a “potential risk linked to premature birth” and that there is “a distinct lack of evidence” on most other outcomes for the baby, including a range of other cognitive impairments and developmental issues. Even these researchers say that a lack of evidence is not proof that it is okay to drink alcohol.

There is nothing new here. But watch the headlines roar once again. The British pub culture runs deep. Nothing wrong, some will claim, with a little tipple to relax you and your bump…

Except that is not what this research says.

The fact remains there is no PROOF that it is SAFE to drink low levels of alcohol while pregnant.

No one says that everyone will be affected by low levels or any level of alcohol in pregnancy. Scientists do not yet know why some are affected and some are not. But there is a risk. The more you drink the more the risk, which is why it matters greatly if a woman takes an early test and stops as soon as she knows she is pregnant. It’s also why it matters that she has the support of her partner and those around her, and that she have access to appropriate counselling if she is wrestling with an addiction. We have to get beyond stigma. It is, they say, older more educated women who are drinking most during pregnancy.

How many cigarettes have been proven to cause damage to a fetus? Do we know? And yet we have all collectively decided we will take the advice that it’s just not on to smoke during pregnancy. Do we know exactly how much soft cheese contains listeria? And yet, as a rule we avoid it just in case.

Think about it. We wear a seatbelt in a car, not because everyone who drives is going to have an accident. We wear a seatbelt because we understand the serious risk of lifelong harm that might come if we were to have an accident. The risk is small, unknown, and yet we buckle up. No alcohol, no risk. Or, as the chief medical officers in the country have said, “The safest approach is not to drink alcohol at all” when pregnant or trying to become pregnant.

Foetal Alcohol Spectrum Disorders are a range of lifelong brain-based and other physical conditions that experts say may affect more than autism. You are not alone if you feel you don’t have enough information. OnePoll recently conducted a small survey of 150 GPs for NOFAS-UK and even 47% of GPs say more information about FASD should be taught in medical school. Only 23% said they felt ‘strongly confident’ that all those with an FASD are being properly diagnosed.

Earlier this week people in more than 60 countries marked the international FASD Awareness Day on 9/9. Yet, until we have proper diagnosis, and we see and hear from more adults with FASD, we will continue as a society to pretend as if this is not happening.

Stay safe. Be healthy. And ask your politicians to fund more research and provide support for those with FASD and for pregnant women. These should be messages on which we all can agree today and every day.