Why are girls in deprived areas six times more likely than girls in affluent areas to be injured in violence?onepiecejigsaw2020-12-15T15:23:07+00:00 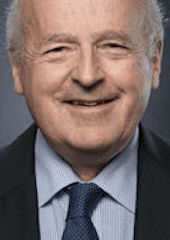 Risk of violence and other harms among teenage girls has been much in the recent UK news. Gangs of men in several UK cities have been convicted of preying on vulnerable adolescent girls, especially those in very deprived areas.

In the late 2000s, this perspective led us to compare violence risk in poorer and more affluent areas. It surprised us to discover that teenage girls living in deprived areas of Cardiff, the capital city of Wales, and in surrounding, mostly ex-mining, towns were no less than six times more likely to be treated for injuries caused by violence than similar aged girls who lived in affluent areas. This differential was nothing like as pronounced for boys. So the next research challenge was to find out why.

A qualitative approach using semi-structured interviews was chosen. Focus groups of girls aged 14–16 who attended schools in deprived and affluent areas were convened. Schools were recruited based on the level of deprivation of the electoral ward in which they are located using the Townsend Index of Material Deprivation – an area-level index derived from the UK census and based on unemployment, over-crowding and non-car and non-home ownership rates. Information about the research was distributed during Personal and Social Education (PSE) lessons and informed consent was obtained in writing from both the participant and her parent or guardian. All focus groups took place on school grounds between 9 am and 3 pm in locations jointly agreed by researchers and the Healthy Schools Coordinator. Each focus group was audio-recorded and transcribed verbatim.

In poorer areas, girls were much less likely than their contemporaries in affluent areas to participate in organised activities outside school hours. They often spent their time ‘hanging out’ locally with friends, often around local takeaway restaurants (“We just walk around”), and were much less interested in organized extracurricular activities such as the sports, arts and homework clubs which were commonly preoccupations of girls in more affluent areas.

“I’m too busy really. You’ve got school and then you have to come home and I’ve got rehearsals and then I have to do homework and so by the time that’s happened, I’ll have a cup of tea with my parents, then I’ll go to bed.”

They also found such activities too expensive and less likely to be supported by parents, for example with lifts to the cinema or to parties.

In affluent areas, girls’ parents exercised much more control of the type and quantity of alcohol girls consumed.

‘If I was going to a party my mum would allow me to take alcohol, but it would be within reason…like it wouldn’t be masses, it would be like a WKD [alcopop].’

‘Yeah and like we went to a party and she had like a four storey house and her mum was just upstairs and we had one floor to ourselves and she just came down to check on us.’

In contrast, girls from the most deprived areas typically obtained alcohol from older friends or siblings, or purchased it themselves.

‘My parents would never go and get it [alcohol] for me. I can get served, but I choose not to just in case. So I get…I’m friends with older people, so they get it.’ ‘Vodka…any drink you can get hold of really’

“They’d (parents) just rather you do it when they’re not there.’

Parents in affluent areas seemed happy for their children to spend time unsupervised provided they communicated their whereabouts via phone calls or text messages; parents were also happy to extend curfews in the interests of safety, for example if their child had someone to walk home with late at night.

‘I’ll say, “well everyone else is staying out until nine and I can walk home with someone”, and they’ll say, “you can come back then but don’t be late”. You haggle.’

‘I give my parents hints and if I get a bad response I won’t tell em’ because I know they won’t let me do half the things that I want to do. They’re too strict!’

Perceptions of trust and communication also seemed to influence girls’ attitudes towards alcohol use. For example, girls in less deprived areas reported that because their parents trusted them with small quantities of alcohol they felt compelled to act responsibly.

From this research it was concluded that the much lower vulnerability of girls to violence in affluent areas reflects more leisure time spent in supervised activities, better parental regulation of access to alcohol, and more trusting relationships with parents.

From these findings, the clear policy implication is that improving the quality of parenting in deprived areas should be a priority.

Written by Professor Jonathan Shepherd CBE, Professor of Oral and Maxillofacial Surgery and Director of the Crime and Security Research Institute at Cardiff University.