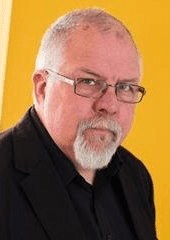 Back in July 2017, the Welsh Government announced that the introduction of a minimum unit price for alcohol would be part of their legislative programme in the coming year.

Today, the Public Health (Minimum Price for Alcohol) (Wales) Bill has been put before the Welsh Assembly. This is really good news, but minimum unit pricing (MUP) is not a new policy. Both Plaid Cymru and Welsh Labour have supported it for some time.

David Cameron supported MUP for a while, then he changed his mind. The volte face may have been due to a lapse in his ability to understand evidence, or because of pressure from the alcohol industry, or both. The Conservative Party seems to have tried to forget the whole episode as part of their general discomfort over Mr Cameron’s premiership.

The slow progress of Wales from intention to actual legislation has been closely related to repeated legal challenges by the Scotch Whisky Association (SWA) against the Scottish Government. Scotland has been prevented from implementing an Act that was passed in 2012 with due democratic process. Nothing can happen until the case has finished drifting through the legal system. The SWA has been effectively acting on behalf of the alcohol industry as a whole. There is a great deal on this subject at the SWA website. Their position is summarised here. The Scottish Government’s contrary position is set out here.

I was part of a group that carried out a review of the literature on preventing alcohol-related harm in 2011. The work was commissioned by Alcohol Concern Cymru. The findings were pretty unequivocal (it is a long report, but there is an executive summary with the most important findings at the beginning). Every other rigorous examination of the evidence has come to similar conclusions. Reports and commentary commissioned by the alcohol industry tend to arrive at a different interpretation of findings.

This is probably all a bit puzzling for the average person. On the industry side, the SWA and the Portman group acknowledge that drinking can be harmful, but insist that there is no evidence that MUP will have any effect on alcohol-related harm at a population level. Instead, they claim that campaigns, such as the industry-sponsored Drinkaware campaign, are currently effective in reducing harmful drinking. Set against this, the Welsh and Scottish Governments, supported by alcohol researchers from a wide range of clinical and academic disciplines, insist the exact opposite.

Alcohol consumption in the UK was on a steady upward trajectory until about 2008. Since then it has been more stable and there may have been a minor reduction. Although the industry attributes this to the impact of Drinkaware, it is far more likely to be due to austerity and falling incomes. Alcohol has become less affordable, and good quality economic modelling predicts falling consumption as a result. Nonetheless, per capita consumption remains very high compared with the recent past. Most people whose work involves dealing with the adverse effects of alcohol use regard the current situation as a public health catastrophe.

The legal challenges will eventually end. The SWA’s final appeal to the UK Supreme Court is to be heard soon. It is almost certain that MUP will be deemed unequivocally lawful and implemented in Scotland and Wales. The alcohol industry will construe this as a disaster. They will predict huge numbers of job losses. They are likely to attack those who have campaigned tirelessly over many years, like Professor Sir Ian Gilmore and Dr Peter Rice. There will be suggestions of an anti-alcohol conspiracy by soulless killjoy fanatics.

Contrary to what they will say, the industry will have achieved a victory. They have played for time. When legislation is finally implemented, they will have protected many years of profits. They have followed very similar tactics to those pursued by the tobacco industry from the 1950s onwards, which protected profits, but led to countless thousands of avoidable deaths. It is all rather ignoble and something of an affront to democracy. Vested interests should not control public health policy.

I do not suppose that the alcohol industry differentially attracts unscrupulous executives. I imagine that they believe their own propaganda. Similarly ignoble behaviour has been evident in the pharmaceutical industry, the car industry and the oil industry amongst others. In my opinion, such behaviour is due to fundamental characteristics of capitalism and profit. The present epidemic of alcohol-related harm is one of a number of disastrous consequences of trusting the hidden hand of the market to deliver the public good.

Industry and big money have to be regulated by governments. Of course, one of the supposed benefits of Brexit is freeing Britain from exactly those regulations that are intended to protect us from the unrestricted power of capital, so some big fights lie ahead.

Rome had difficulty in defeating Carthage. At the end of every speech he made, Cato the Elder said “Carthage must be destroyed”. Sure enough, it eventually was. The struggle to stop the UK drowning in cheap alcohol can be won, but it requires exceptional powers of endurance. That is what should be celebrated as an MUP Bill goes before the Welsh Assembly. Endurance by some very committed individuals has moved us another step forwards.