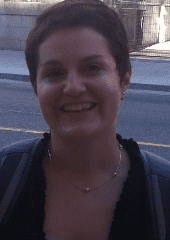 Alcohol is routinely represented in advertising as a fun and pleasurable product that enables sociability and relaxation. Recent complaints about the portrayal of drinking in the BBC drama Doctor Foster can be interpreted as inadvertently reinforcing this message. The BBC drama’s main character, Gemma Foster, a GP played by Suranne Jones, was shown on several occasions downing large glasses of wine. Do scriptwriters, directors, producers, commissioners, and others involved in creating television dramas have a moral obligation to represent drinking in a ‘responsible’ fashion? Is this particularly the case when the dramas in question are paid for through the license fee? In what follows, I question this way of framing the debate around the portrayal of alcohol in Doctor Foster. I situate the debate within wider cultural narratives and relations of responsibility surrounding alcohol in British society. I argue that criticizing the drama for not being ‘on script’ with the message that alcohol is sociable and pleasurable misses the point about what is problematic about its representation of drinking.

The critique of Doctor Foster that aired principally in the tabloid press in late September 2017 centres on representations of lone drinking, drinking to relieve stress and drinking around or with young people. As Helena Conibear, Director of The Alcohol Education Trust, remarks in the Mail Online: “We would be much happier if drinking was shown with good food, in company and with a glass of water on the side – i.e. sip and savour rather than glug and chug.” In other words, the problem with the character’s drinking is not that she drinks as a part of the wider narrative of her unravelling, but that she does so in ways that are not sociable or pleasurable. She does not ‘enjoy’ her drink by sipping it calmly with others. Doctor Foster is a drama about a woman’s destructive response to a severe betrayal. Using alcohol calmly, with food and company, may send out a more positive message about alcohol, but it would be out of place in a drama about a life that has become increasingly chaotic and unstable.

A particular issue with Doctor Foster highlighted in the media coverage is that it is a BBC drama. As Dr Sarah Jarvis, the medical adviser to Drinkaware, points out in the Mail Online, dramas – including those paid for through the license fee – don’t have a “public health remit.” However, they are “hugely influential” and she would “love to see them sending out a more responsible message” about using alcohol. Here, the understanding of responsibility is two-fold: the BBC has a responsibility to promote positive messages about alcohol, and drinkers have a responsibility to consume alcohol in a ‘safe, sensible and sociable’ manner, in line with the title and overarching message of the then Government’s 2007 alcohol strategy. As Hackley and colleagues have pointed out in their critique of the strategy, focussing on the responsibilities of consumers minimizes and obscures the responsibilities of Government and alcohol manufacturers. Government and industry have become key players in promoting the idea that alcohol is pleasurable and sociable, and that it is chiefly the responsibility of individual consumers to control their drinking. In this sense, Doctor Foster offers an alternative script. It draws our attention to the fact that drinking isn’t always sociable. It can become part of a narrative of undoing; its use can be destructive and deeply unpleasant.

The question of “who pays” is an interesting one in assessing how the debate about Doctor Foster has been framed in ways that extend beyond the issue of the license fee. The Mail Online, The Sun and other media outlets covering the debate don’t mention that Drinkaware is an organisation that was originally set up and funded by the Portman Group, an organisation that is in turn funded by alcohol producers. It is now a charity that is funded by industry but governed independently. As McCambridge and colleagues discuss in a recent debate piece, the alcohol industry – like the tobacco industry before it – invests “heavily in a range of activities to foster national and international policy environments which favour their interests…[and] use corporate social responsibility (CSR) activities to hone their reputations, which in turn helps them to access and influence policy makers” (McCambridge et al, 2014). While it would be unfair to characterise Drinkaware’s intervention in the debate as directly contributing to such efforts, it is clear that the alcohol industry has an investment in maintaining a positive cultural narrative around alcohol.

If we accept the idea that life sometimes imitates art, then the problem with the portrayal of alcohol in Doctor Fosterisn’t that alcohol isn’t ‘enjoyed’ responsibly; this is instead a problem for alcohol marketers and the wider industry who want to maintain the script of alcohol as a pleasurable commodity. Rather, from a public health perspective the problem is arguably that the negative consequences of drinking in the ways that Gemma Foster does might have been made clearer, as they so often are in life.

In the debate surrounding the portrayal of alcohol in Doctor Foster, the narrative that alcohol is fun, pleasurable and sociable – a main message of advertising campaigns – emerges intact. It is up to individual consumers to control how they drink. In the drama itself, this narrative was challenged; sometimes people can’t manage positive, controlled relationships to alcohol because life is difficult and alcohol is everywhere. The BBC is criticised for showing destructive ways of using alcohol. In terms of the wider relations of responsibility, the drama and the debate exist within a context characterised by an industry that receives most of its sales from problem drinking and that has been accused of funding charities to increase its influence over policy.

The ‘message’ in Doctor Foster’s bottle was ‘off script’ with an advertising and policy narrative that we are frequently encouraged to consume. In this sense, the latest series gave alcohol a bad press. However, it arguably didn’t go far enough in showing what can happen when alcohol becomes part of the story of someone’s unravelling.