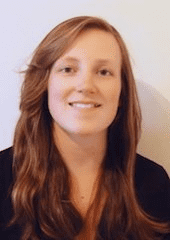 How common is alcohol dependency? What is the prevalence of drug use disorders? How do substance use disorders vary across the world?

In this blog post I distil and summarise the trends presented in our entries on Substance Use and Alcohol Consumption into five short but key facts which help us understand the global prevalence of substance use disorders.

An estimated 2.2% of the world’s population had either an alcohol or illicit drug use disorder in 2016. This equates to around 164 million people.

Understanding the true extent of substance use disorders is similarly difficult to that of mental health; we would not get close to a fair estimate relying on diagnosis data alone. The IHME therefore assess prevalence utilising a combination of medical and national records, epidemiological data, survey data, and meta-regression models. Still, we might expect this to be an underestimate.

The prevalence of substance use disorders is highest across Eastern Europe and the United States, occurring in 5-6 percent of the population. This means around 1-in-20 suffers from substance dependency. Global differences in prevalence can be explored in the chart below.

An estimated 1.3 percent (more than 100 million people) had an alcohol use disorder in 2016. Prevalence across countries is shown in the chart below— at the national level this ranges from as low as 0.5 percent to almost 5 percent of the population.

An estimated 0.9 percent (62 million people) had a drug use disorder (excluding alcohol and tobacco) in 2016. Prevalence across countries ranged from 0.4 to 3.3 percent of the population.

Across most countries, alcohol use disorders are more prevalent than other drug use disorders. This is shown in the chart below: countries which lie above the grey line have a higher prevalence of alcohol dependency than that of other drugs.

(4) Substance use disorders are more common among men

The charts shown above present prevalence data for the total population (age-standardized, across all ages). But there are particular age groups where the prevalence is significantly higher than in others.

Drug use disorders tend to be higher in people in their twenties. This appears to be true across most countries (for some, prevalence is highest in the late teenage years). In the case of the United States, for example, 9% of those aged 20–24 years old had a drug use disorder in 2016. This is close to every 10th person in this age group.

The tendency for substance use disorders to be most common in the early twenties is not a pattern specific to today’s young adults; as we explain in more detail in our entry on Substance Use, the tendency for substance use to peak during this period before later declining has been a recurring trend for generations. It is therefore a period effect, rather than being specific to today’s younger cohorts.

Written by Hannah Ritchie, originally published on the Our World in Data blogpage on Wednesday 16 May.