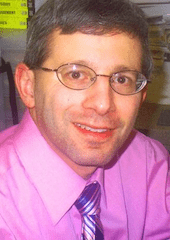 Part two of the scandal covered by Dr Michael Siegel

In another setback for the NIAAA’s and alcohol industry’s study of the “health benefits” of encouraging people to drink, Anheuser-Busch has pulled its funding from the clinical trial because recent controversy over how the research funding was solicited has undermined the study’s credibility.

According to an article by Roni Caryn Rabin in the New York Times:

Brewing giant Anheuser-Busch InBev, one of five alcohol companies underwriting a $100 million federal trial on the health benefits of a daily drink, is pulling its funding from the project, saying controversy about the sponsorship threatens to undermine the study’s credibility, the company announced Friday… Anheuser-Busch InBev had committed $15.4 million to support the trial, representing nearly one-quarter of the $66 million in funds pledged by beer and liquor companies to date.

Last month, the NIH halted the trial while it investigates potential violations of NIH policy committed by the NIAAA in soliciting funding from alcohol companies to conduct the research. Two NIH committees are expected to report on the results of their investigations later this month.

The Rest of the Story

This is why it was wrong to accept alcohol industry funding for this study in the first place. It was tainted from the start. Not only was the scientific objectivity compromised, but the ethical integrity was compromised as well. Essentially, the NIAAA – as well as investigators from Harvard School of Public Health, Johns Hopkins, and Wake Forest University – had agreed to accept money to do the public relations work for these companies. It was never about the science. It was about trying to help the companies sell beer, wine, and liquor.

In addition to its double violation of NIH policy (the solicitation of funding from alcohol companies by NIAAA officials and the acceptance of corporate money for a study that would not otherwise have been conducted), its violation of ethical standards (the principal investigator apparently lying about having had contact with the alcohol companies prior to initiating the research), and its violation of scientific integrity (the principal investigator promising the industry positive results and pitching it to the companies based on the public relations value for these companies), the trial had multiple other problems, including a possible violation of federal law, as it is not clear to me that the sponsor had obtained an IND (investigational new drug application) prior to recruiting patients.

And I haven’t even yet revealed what is perhaps the greatest ethical violation of the study – its failure to adequately inform human subjects of the potential risks of participation in the study. For example, the study recruitment site, in listing the risks of participation in the research, fails to even mention that alcohol consumption increases the risk of cancer, especially breast cancer among women. The study fails to meet the requirements for human subjects protection because it fails to justify exposing women to an increased risk of breast cancer and it fails to demonstrate that the potential benefits outweigh these risks.

The study also fails to inform the public (and presumably human subjects as well) that alcohol consumption at the levels required in the study has been associated with an increased overall mortality risk in a recent study.

I will be delving into the human subjects protection failures of the research in future commentaries. For now, the most important point is this: The rest of the story is that the NIAAA, Harvard, and the other participating institutions allowed the alcohol companies to use them as part of their public relations and marketing plan to increase the sales of beer, wine, and liquor. The motivation behind their funding of the research was never a purely academic one, and it is this – above all – that rendered the money tainted. Now that the public relations value of the study has been compromised, Anheuser Busch has dropped it as fast as a wide receiver with greased palms. It’s going to take a long time for the NIAAA and the participating academic institutions to de-grease themselves from this fiasco.

Written by Dr Michael Siegel, professor in the Department of Community Health Sciences, Boston University School of Public Health. This article was originally published on Dr Siegel’s blog on Sunday 10 June. This blog follows on from ‘Congressional Investigation Needed into Scientific and Ethical Corruption at NIAAA’ published in March 2018.