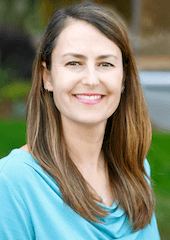 Our recent publication in the Journal of Studies on Alcohol and Drugs used US survey data from two large population surveys, the 2014-15 National Alcohol Survey (NAS) and the 2015 US National Alcohol’s Harm to Others Survey (NAHTOS), to show that secondhand effects of alcohol are extremely common: Each year, one in five US adults (an estimated 53 million people) experience harm because of someone else’s drinking. This is just a snapshot of a one-year period, however. When we ask people about their experiences with secondhand effects of alcohol over their whole lifetime, the proportions reporting harms are even higher. For example, more than half of Americans surveyed in the 2010 NAS had been exposed to at least one of six different secondhand harms at some point in their lifetimes. As another example, in our current study, 5.6% of women and 2.8% of men reported family, marital or financial harms in the past year, but when we ask about lifetime experiences, that number increases  to 14.8% of women and 7.5% of men.

Although both women and men are affected by alcohol’s second-hand effects, women are more likely than men to report family, marital or financial problems due to someone else’s drinking while men are more likely than women to report physical aggression or property damage by someone who had been drinking. Women who are heavy drinkers are also at much higher risk (seven times higher risk) for physical aggression by someone who had been drinking than women who are non-drinkers. Another key risk factor for physical aggression by a drinker is living with someone who is a heavy drinker. In fact, people who live with a heavy drinker are more likely to report all of the different harms we asked about, including being harassed or threatened and having property damaged, as well as experiencing driving-related harms caused by someone who had been drinking.

Our current publication did not include the effects of alcohol on children in the household. Along with risks posed to adults, the NAHTOS also asked parents and other caregivers about harms their children had experienced. Overall, 7.4% of caregivers reported alcohol’s harm to children in the past year, and caregivers living with someone who is a heavy drinker were more than three times as likely to report a recent alcohol-related harm to at least one of their children, compared to caregivers without a heavy drinker in their household.

While members of our team at the Public Health Institute’s Alcohol Research Group have been consistently studying secondhand effects of alcohol since at least the year 2000, these new data are important because they highlight an expanded set of secondhand harms not looked at in such a large US national sample before.

So, what can we do to reduce secondhand effects of alcohol? We do know what works to reduce heavy drinking and serious harms like alcohol-involved motor vehicle crashes and alcohol-related homicide. The World Health Organization has identified ‘best buys‘ for alcohol control policies that are both effective and relatively inexpensive to implement. Using NAS data from 2000 to 2015, we found that stronger state-level alcohol control policies are associated with reduced aggression- and drunk driving-related harms among people under age 40. This is important, as these harms are most common among younger people in the US.

We need to identify strategies to identify and support people who experience secondhand harms in the family, as these harms are associated with significant negative mental health impacts. Although screening adults for heavy drinking is recommended by the US Preventive Services Task Force, it is not as common to screen adults for social risk factors, like living with a heavy drinker, during primary care appointments. If physicians and other practitioners start asking these important questions, we may be able to quickly identify people who need help and to refer them to mental health or other supportive services, including groups like Al-Anon that help people worried about a heavy drinker in their life. By using targeted interventions to get heavy drinkers (and their loved ones) into care, in combination with effective alcohol policies, we can reduce the long-term impacts of alcohol on society.

Links to additional papers by our project team can be found here.

Written by Kate Karriker-Jaffe, PhD and Madhabika B. Nayak, PhD, from the Alcohol Research Group.

Kate Karriker-Jaffe is a behavioral scientist who studies inequalities in alcohol, drug and mental health problems. She seeks to understand how and why these conditions develop and to identify people at particularly increased risk of problems. Her ultimate goal is to intervene using evidence-based, ecological approaches that support people in need and that also change the situations and circumstances that harm physical and mental health.

Madhabika Nayak is a psychologist with expertise in alcohol screening and brief intervention (particularly among women of childbearing age), how alcohol contributes to victimization by interpersonal violence, and mental and physical health outcomes of alcohol use in the US and internationally.