Newly defined at-risk drinkers following the change to the UK low risk drinking guidelines: who and what to do?onepiecejigsaw2020-12-15T14:56:34+00:00 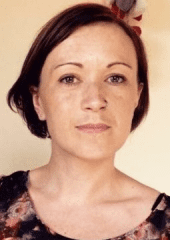 Alcohol guidelines have existed in the UK since 1984 in various forms. These guidelines exist to help people make informed choices about drinking alcohol by highlighting potential alcohol-related health risks. Guidelines also help health care practitioners assess and advise patients around their alcohol consumption as alcohol brief interventions have become a popular component of alcohol strategies in the UK and beyond.

In 2016, a new Low Risk Drinking Guideline was released in the UK. The new guideline states that, for both men and women: ‘To keep health risks from alcohol to a low level it is safest not to drink more than 14 units per week on a regular basis‘, with additional guidance around spreading these units across three or more days. This year NHS Scotland launched a ‘count 14’ campaign to raise awareness, with some groups calling for a similar NHS led campaign for the rest of the UK.

The revised guidelines followed a review of the evidence of health risks associated with alcohol consumption and an application of mathematical modelling to calculate of the risks of illness, injury and death related to drinking different levels of alcohol. Of course this new 14 unit ‘cut off’ prompted extensive discussion about issues over a ‘one size fits all’ guideline, or arguments for focussing on a ‘no safe level’ message, and these issues continue to be the subject of regular debate.

Whilst this new low risk guideline was no different from the previous weekly guideline for women; for men, it meant a reduction of one third, from 21 to 14 units per week. This meant a group of men drinking between 14 and 21 units per week who would have been classified as a low risk drinker under the old weekly guideline, automatically became classified as an at-risk drinker in 2016 without having changed their consumption. This group is of interest, because they are now drinking at level which the CMO deemed puts their health at a significant level of risk. As such, this raised important policy questions such as the role and suitability of interventions or messaging for this group.

With this in mind, we wanted to find out how many men were likely to have been affected by this change in guidelines and whether these newly defined at-risk drinkers shared any specific characteristics which might have implications such as the targeting of health information.

How many men would have been re-classified from a low risk to an at-risk drinker under the new (2016) UK Low Risk Drinking Guidelines?

We used 5 years of data (to check whether the numbers were consistent over time), from 2011 to 2015 of the Health Survey for England, and looked at each year to see how many men were drinking between 14 and 21 units per week and would therefore have been re-defined as an at-risk drinker. We found that in any of the years, over 2 million men in England would have been reclassified from a low risk drinker to an at-risk drinker according to the new drinking guidelines. In 2015, an estimated 2.3 million men would have been re-classified, which is equal to 11% of the male population in England that year.

What characteristics were associated with being an at-risk drinker under the new versus the previous guidelines?

Under the new guidelines, those with the greatest chance of being classified as at-risk drinkers were men aged 55-74; men in managerial or professional occupations; current, ex-regular or ex-occasional male smokers; men from the North East or North West of England. These were the same characteristics associated with being an at-risk drinker under the old guidelines.

What this means for public health

Guidelines remain a popular area of interest for alcohol policy, researchers and the media. The reduction in the threshold for low risk drinking for men meant a marked increase in the proportion of married men and younger men being classified as at-risk drinkers. Further research to explore whether how these groups perceive drinking risk and the guidelines would help us to understand more about this group, for instance, their attitudes towards the new guidelines whether specific information about the change to guidelines could be beneficial.

On the whole, men more likely to be classified as at-risk drinkers under the new guidelines were those we already know to be more likely to be drinking at risky levels: men aged 55-74, in higher socio-economic positions, current and former smokers and living in the north of England. These findings strengthen the case for more targeted interventions for these groups of men, particularly as prior research has found long-term levels of knowledge around guidelines to be low.

These issues are of course notwithstanding important debates about the role of the guidelines, for example in their limitations as a mechanism for behaviour change in isolation, or questions over their communication as a single threshold.