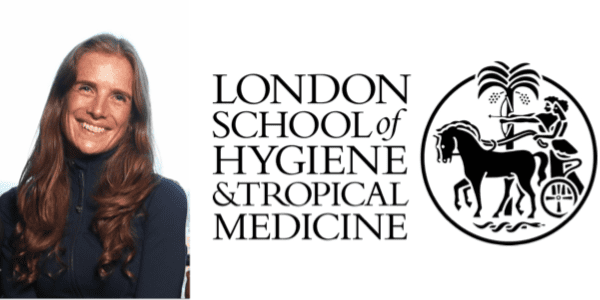 School years are a time when young people begin to understand their place in the world and develop values, norms, beliefs, and knowledge. For decades, harmful industries, such as the lead, tobacco, fossil fuel and food industries, have engaged with the funding, promotion, and delivery of education programmes and resources (for example, teacher’s handbooks, lesson plans, factsheets, films and presentations) to children and young people in schools. They also fund and deliver mass media campaigns directed at young people, and resources for parents to use when talking to their children about the health harms of their products. However, we know that these programmes and resources often offer a biased view of those harms.

Previous studies, many of which focus on the tobacco, fossil fuel and food and beverage industries, have shown that industry-funded education programmes have several common features. For example, they often emphasise the role of peer pressure and parental influence as main drivers of children and young people’s choices and behaviours, while overlooking or downplaying other influences such as corporate marketing strategies including corporate social responsibility activities.

Corporate-sponsored programmes and resources promote ideas and descriptions about public health issues like youth smoking, obesity and climate change in ways that blame the individual person for the problem, but obscure the role of the industries in causing harm. Industry-funded youth education resources tend to emphasise individual responsibility above all else and place the blame for harm almost exclusively on young people and their parents. They prioritise teaching about the actions individuals should take, but rarely, if ever, mention government policies, such as tax or price-based interventions, marketing restrictions, and the mandating of product warnings, that are known to be effective in protecting people from harm. Similarly, they also do not discuss the responsibility of businesses to act ethically and to protect the public from the potential harms caused by their products.

By claiming that individuals have been informed about the risks and guided on how to act ‘responsibly’, industries may seek to avoid future legal liability for the harms incurred from use of their products – a tactic used at times by the tobacco industry, previously referred to as “disguising freedom to blame as freedom of choice”. However, industry-funded resources often portray health risks in misleading ways and what is meant by acting responsibly is rarely unambiguously defined.

The funding and promotion of these types of educational resources can make it seem as though industries which produce and profit from harmful products are therefore ‘part of the solution’. However, the effects of this type of engagement are limited in terms of harm reductions and focussed mainly on reputation management for the industry actors involved. Furthermore, a focus on education initiatives of this type draws attention away from more effective policy measures that are needed to address harms and promote public health.

What about the alcohol industry?

There is very limited literature on the alcohol industry’s engagement with youth education. However, it is important to understand how industry-funded youth education resources may shape public knowledge and views about alcohol harms in ways favourable to the industry and how this may undermine public support for policies that protect people from alcohol harms but are a threat to industry profits.

We therefore conducted a study, Distilling the curriculum: An analysis of alcohol industry-funded school-based youth education programmes, that aimed to explore if and how resources provided by organisations who receive funding from the alcohol industry serve corporate interests. We analysed resources from three programmes: (1) Drinkaware for Education, a programme provided by a well-resourced alcohol industry-funded UK-based charity, (2) The Smashed Project, which is funded by major drinks company Diageo and delivered in 23 countries globally, and the Alcohol Education Trust’s “Talk about Alcohol”, a programme that is widely disseminated in the UK. The focus of the study was to ask whether the resources provide factually correct information; to identify what was stated in the resources (and what was omitted), how the harms were described, how the problem was defined, whose actions or decisions were described as being the problem, and what solutions were proposed. This was done while keeping in mind what has been found in previous studies about other corporate-sponsored education resources.

What our analysis found:

Our study revealed many of the same concerning features that have been identified in corporate-sponsored youth education resources in other sectors and in the wider corporate social responsibility activities of the alcohol industry.

We found that the resources focus almost exclusively on the responsibility of individuals to make what the resources describe as “responsible drinking” decisions (although the definition of this is often vague and lacking in detail). However, the obligations of the alcohol industry to act ethically and safely and the role of governments to take actions to protect people are not explored. The blame for alcohol harms is placed on children and young people whose decisions, actions, and lack of skills to resist peer pressure are portrayed as the main problem.

Some of these resources also appear to normalise alcohol as a consumer product that adults enjoy when consumed in the “responsible” way. At times the resources instruct teachers to educate students about different types of alcoholic drink, how these are produced or how to pour a standard drink. While short and long-term harms are listed, this is done in an inconsistent and potentially misleading way. By mixing serious harms with trivial facts, the resources potentially downplay the seriousness of these harms.

Furthermore, some of the resources omit information about specific cancer types or misleadingly imply that the risk of cancer is associated with heavy or excessive drinking, when in fact the evidence shows that for some cancers, such as breast and mouth, the risk increases with increasing levels of drinking and the UK CMO guidelines state that the risk increases with any amount of alcohol drunk on a regular basis.

The burden of alcohol harms globally and their inequitable distribution are not comprehensively explored, and issues such as addiction are predominantly described using medical jargon about signs and symptoms as opposed to exploring the ways in which alcohol dependence leads to negative social impacts on people’s lives and communities.

In addition, in these resources, students and their teachers are not encouraged to think about how much alcohol harm might be preventable or avoidable, or to learn about evidenced-based policies that could reduce those harms. In this way the resources deliver a narrow and partial perspective on alcohol and alcohol harms that aligns with that favoured and promoted by the alcohol industry.

This is not to imply that children and young people should not be taught about the harms of alcohol. It is important that they are empowered to understand about harmful products and given the skills to make informed and responsible decisions to keep themselves and others safe and healthy.

However, they also have a right to a quality education that provides them with an understanding about public health issues that reflects the relevant knowledge in the field so they can engage with such issues as citizens, individually and collectively. In alignment with rights-based and social justice perspectives, health education should also empower students with the skills needed to shape their lived environments and inform the policies that govern their health. This includes teaching about how public health policies are made, the rights of citizens to inform and shape these policies, and the ways in which corporate power and practices influence people’s lives, health, and the policymaking process.

From a public health perspective, the education resources analysed in the study have features that are concerning as they align with alcohol industry interests instead of those of children and young people. Schools should not accept resources from organisations with a financial conflict of interest – a situation that arises when the funding they receive comes from industries who have a vested interest in the topic that the organisation seeks to teach and warn about. Government policy should aim to prevent the use of such resources for teaching and public education purposes.

Finally, organisations who do not accept funding from the alcohol or other industries whose products or practices are harmful to health, can use our analysis to review the content and nature of the resources they provide for educational purposes. In this way they can ensure that they prioritise the health of children, young people, their families, and communities, and not the goals of harmful industries.