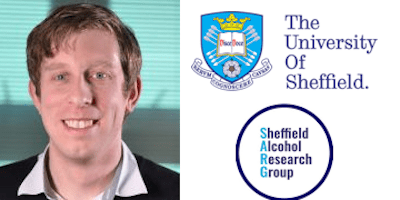 The Scottish Government introduced minimum unit pricing (MUP) for alcohol on the 1st May 2018. This means alcohol cannot be sold to consumers in Scotland for less than £0.50 per unit. There is good evidence that increasing alcohol prices is among the most effective and cost-effective ways to reduce alcohol consumption and related harms, and that MUP targets price increases on the cheapest alcohol that is favoured by the highest risk drinkers. However, we know much less about how those drinking at harmful levels, and particularly those with alcohol dependence actually respond to price increases.

MUP is designed to improve public health by reducing alcohol consumption, particularly among the  approximately 5% of people who drink at harmful levels and are at high risk of experiencing health problems from their drinking. However, it is important to remember that only around one in five of those drinking at harmful levels are dependent on alcohol. Alcohol dependence is a more complex problem than harmful drinking and is best-tackled by early identification of alcohol problems and the provision of an accessible and effective treatment system. MUP may therefore only contribute to a reduction in alcohol dependence by preventing future cases rather than addressing current ones.

Nonetheless, alcohol dependence is still important to debate around the impact of MUP. Many supporters and opponents of MUP voiced concerns that the policy may have harmful impacts on those with alcohol dependence. Their concerns included potential switches to consuming illicit drugs or other harmful substances, reductions in spending on food or household bills, engagement in criminal behaviour, and experiences of acute withdrawal symptoms. Others suggested that MUP might instead support decisions to seek treatment for alcohol problems. These views were reasonable and often rooted in professional experience, but few previous studies have examined how people with alcohol dependence respond to sharp price increases.

Public Health Scotland therefore commissioned our team to examine the impact of MUP in Scotland on people drinking at harmful levels, including those with alcohol dependence. We conducted a five-year project that drew on a wide-range of data collected in Scotland and Northern England before and after the introduction of MUP. This allowed us to examine changes over time and to assess whether these were attributable to MUP or other factors that affected the whole of the UK. The study included three work packages (WP):

Second, we found no clear evidence that MUP reduced alcohol consumption or the severity of alcohol dependence. The proportion of people who had drunk at harmful levels in the last week did not change significantly in our analysis of the market research data. Similarly, the amount of alcohol consumed in the last typical drinking week and the severity of dependence symptoms did not change significantly for people presenting to treatment services.

However, there were mixed signals in our wider evidence. The proportion of people who had drunk at hazardous levels in the last week fell significantly by 3.5% in the market research data, while the proportion of people presenting to treatment who drank strong cider in their last typical drinking week fell from 25.0% to 6.7%.[ii] Some of the people with alcohol dependence who we interviewed in WP1 and WP2 also described switching from drinking strong ciders or beers to vodka. Although vodka contains more alcohol, people drank substantially less of it because it was more expensive, and consumed less alcohol as a result. Therefore, although we have no clear evidence that alcohol consumption fell among those drinking at harmful levels, we cannot rule this out, particularly for those with alcohol dependence.

Third, a minority of those drinking at harmful levels experienced increased financial strain after the introduction of MUP. Among those presenting for treatment, 20% reduced spending on other things and 14% tried to obtain additional money (e.g. by borrowing from family and friends). Most said this was due to MUP. Although these problems were limited to a minority of people, they were often economically vulnerable and described spending all of their benefits on alcohol, borrowing money off family and being unable to pay utility bills. These problems were sometimes exacerbated by the concurrent roll-out of Universal Credit, and particularly the difficulties in managing household budgets caused by fortnightly or monthly payment of benefits rather than the previous weekly payments. The financial impact of MUP was important but difficulties in managing the cost of alcohol were not always new. Many people reported having done similar things to ensure they could buy alcohol in the past. Therefore, the typical effect of MUP was not to create new behaviours but to intensify existing ones.

Fourth, the wider concerns about the negative impacts of MUP on people with alcohol dependence were not realised. We found little evidence of increased illicit drug use, theft, other crime, consumption of illicit or non-beverage alcohol, or acute withdrawal symptoms. Again, those who did engage in these behaviours had typically done so prior to MUP and we found little evidence of increased problematic behaviour. Some people did also report that MUP contributed to their decision to enter treatment, but this was often one consideration among many, and was not always viewed positively by our participants.

Finally, people drinking at harmful levels, including those with alcohol dependence, had only limited awareness or understanding of MUP, the price increases it would entail or how this might affect them. Our participants also reported receiving no additional information or support before, during or after the introduction of the policy. This is surprising given the long-running policy debate and the repeatedly expressed concerns about the impact of MUP on vulnerable people. Although we did not find any evidence that this lack of awareness and understanding led directly to harmful outcomes, it is an important point that policy-makers should consider before introducing MUP in other jurisdictions.

The results above should be considered alongside those from the wider MUP evaluation programme overseen by Public Health Scotland. For example, although we find no clear evidence of reductions in harmful drinking, previous research using robust statistical methods found a significant decrease in off-trade alcohol sales following the introduction of MUP. Indeed, this decrease was found in three different datasets provided by the market research companies Nielsen, Kantar and IRI. One of these analyses also examined which groups had reduced their alcohol purchasing and found that the households that bought the most alcohol had made the biggest reductions.

Our findings do not override these conclusions but do introduce some uncertainty around the impact on people drinking at harmful levels, and particularly those with alcohol dependence. Few other studies have examined the impact of MUP on those with alcohol dependence, and those that have done largely concur with our findings regarding inconsistent reports of changing consumption, experiences of financial strain but only limited evidence of wider harms.

Overall our report offers a nuanced and mixed picture of the impact of MUP on a key population of concern, with both positive and negative findings for those on both sides of the policy debate.

[i] A fourth work package aimed to link data from GPs to hospitalisation and mortality records, but this work was discontinued due to problems with accessing the data.

[ii] This change was not statistically significant due to a similar decrease in England.  This may be due to sampling biases or changes to the strong cider products across the whole of the UK, potentially caused by the introduction of MUP in Scotland.