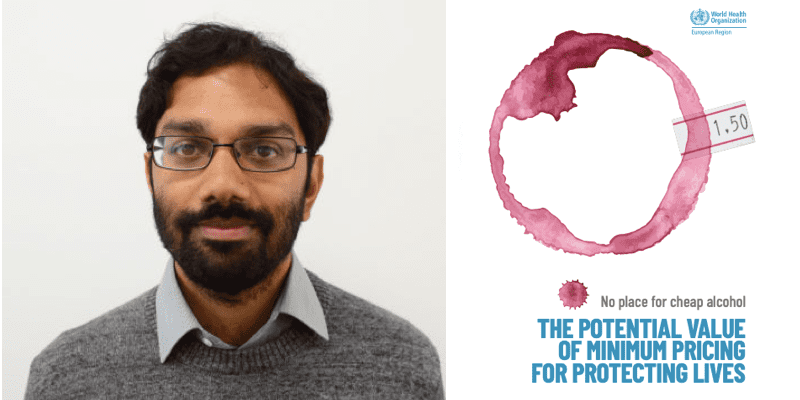 On the day that minimum unit pricing came into force in Scotland, First Minister Nicola Sturgeon claimed that “The eyes of the world will very much be on Scotland”. That was a slight exaggeration, but it is certainly true that there has been international interest in the policy, especially as Wales and the Republic of Ireland have followed suit. The Dutch government, for example, recently commissioned research examining the measure.

That interest led the World Health Organization Europe (sponsored by the Netherlands and Norway) last week to publish a guide to minimum pricing for its member states, to which I was one of the contributors. The report maps out the various minimum pricing policies in place around the world. Alongside the minimum unit prices, with a set floor price per litre of alcohol familiar to us in the UK, other variants of minimum pricing applied per litre of beverage are in force in Canadian provinces, Slovakia and many former USSR countries.  These are often targeted at particular products (most commonly vodka or other spirits), sometimes with different rates for on and off-trade.

The evidence base behind minimum pricing

The report reviews the evidence base in support of minimum unit pricing. These come from three sources.

First, there is indirect evidence that supports the underlying theory of minimum pricing – that reducing the affordability of alcohol reduces consumption and harm. This is a large literature, drawing mostly on studies of changes in alcohol taxes.

Second, evidence from simulation modelling studies which combine this indirect evidence with other data to estimate the impact of minimum pricing – for example, analysis from the Sheffield Alcohol Policy Model.

Third, direct evaluation studies which look at real-world minimum pricing policies – thus far, these have mainly come from Canada and Scotland, though evidence from other settings has been encouraging.

The report then considers a number of objections or concerns around minimum pricing policies, and finds little evidence to support them. The policy has limited impact on those who drink at lower levels, has few negative consequences for businesses and possible benefits to the economy and does not seem to drive significant increases in illicit alcohol. It may increase costs for poorer households, but those households see more of the health benefits. Minimum pricing can have a modest negative effect on government revenues from alcohol tax, though these may be offset by lower demands on public services.

Logistics, practicalities and appropriateness to context

We also covered some of the practicalities of implementing minimum pricing. Given the six-year delay due to legal challenges between Scotland legislating for minimum pricing and it coming into force, the report looks at the requirements for the policy to be ruled consistent with international trade law.

It also reviews the different approaches countries with minimum pricing have taken to publicising and enforcing the rules. For example, Scotland focused its attention on business, whereas Wales used public information campaigns. In Scotland and Wales, enforcement is proactive, with retailers inspected for compliance, whereas in Canada, it is reactive, with authorities relying on complaints.

The report further recommends good practice for monitoring and evaluation, drawing on the experience of Public Health Scotland. It suggests that governments should set up robust and independent analysis in advance, actively and transparently engaging with stakeholders to build trust and credibility. It calls for research teams to be given access to the best available data and to the outcomes they measure, reflecting a clear theory of change.

A unique resource for policymakers

The state of play on minimum pricing policy around the world is evolving rapidly. However, here in one place, WHO Europe has collected a fact base on how and how well the measure works in different countries. It is, to our knowledge, a unique resource, and we hope it will be useful to policymakers as other governments consider taking the leap in future.

The blogpost draws on the World Health Organization European Region report ‘No place for cheap alcohol: the potential value of minimum pricing’, which you can read here.